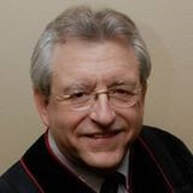 Jim is a native Houstonian.  He graduated from Waltrip High School in Houston in 1969. the University of Houston with a Bachelor of Arts in 1973, Austin Presbyterian Seminary with a Master of Divinity in 1977,  and the Doctor of Ministry in 1996.

Jim and Anne were married in the Austin Seminary Chapel on August 21, 1976.  Anne is a Professor of Pediatrics and Medical Ethics at Baylor College of Medicine in Houston.  She is also the Assistant Dean for Interprofessional Education. They are the parents of two children, Andrew and Abbey.   In April of 2015, Abbey and Michael were married and in September of 2015 Andrew and Meghan were married.  All are living in Houston.

Jim’s favorite hobby is playing his original music at venues around the Houston area and collecting instruments to donate to the Music Camp for Teens through the Kerrville Folk Foundation.  He also is enjoying learning how to record and broadcast video messages through Youtube and Facebook Live.